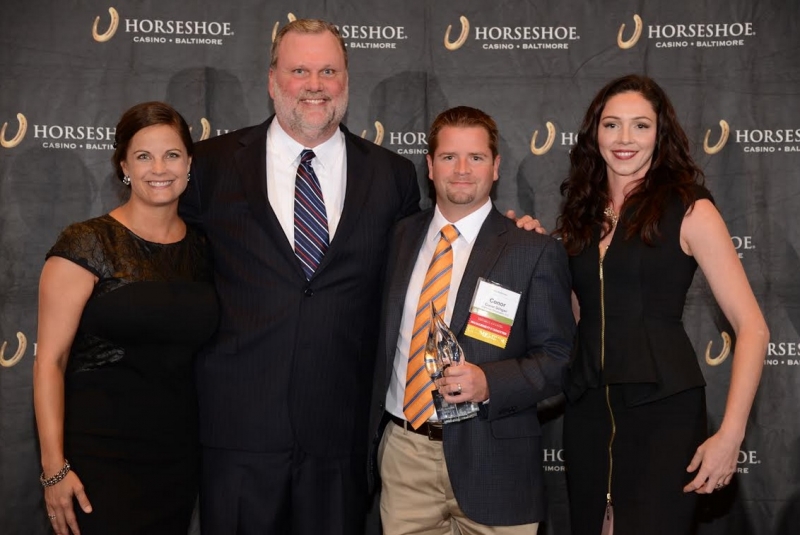 Recognized as an outstanding steward in his field, Gilligan received the award during the 2014 Urban Land Institute (ULI) Baltimore’s WaveMaker awards ceremony.

“Conor has been an active member in ULI for the past five years,” said Tommy Eckes, ULI Baltimore Committee Member. “In 2013 he was elected by his peers as Chairman of The Young Leader Group. Under his leadership, the YLG group has extended it’s community involvement efforts through the BMORE program and continued to introduce our young leaders to land development projects, current development trends, and various state legislative policies through Development tours and Lunch and Learns. Conor has also been instrumental in planning some of ULI Baltimore’s most successful events, most notably the Grand Prix.”

Leadership Award recipients are current ULI Baltimore members who have contributed significantly to the betterment of ULI Baltimore during the year. The individual(s) have illustrated their leadership skills and assisted in ULI Baltimore fulfilling its mission. A separate committee selects the winner each year.

Founded in 2008 by CEO W. Dennis Gilligan following 30 years in the real estate industry, the Glen Burnie, Md.-based Craftsmen Developers is a land development firm that acquires, develops and sells residential and commercial real estate properties in the Mid-Atlantic region and also provides consulting services to third-party clients. Operating under the principle that it can improve the environment by creating “Green Neighborhoods,” the firm strives to demonstrate a commitment to green development, experience and maturity, maintaining existing and building new partnering relationships, and ensuring the highest level of confidentiality and professionalism. For more information visit www.craftsmendevelopers.com.