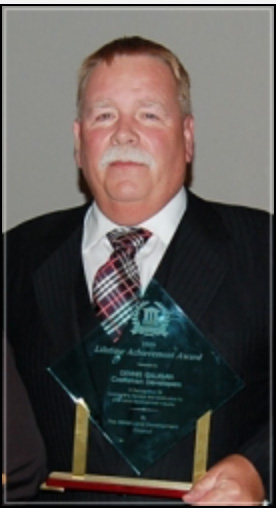 Dennis Gilligan, a Maryland resident and land developer who believes in Going Green, has worked tirelessly to produce economically and environmentally viable communities throughout the tri-state area of Maryland, Delaware, and Pennsylvania throughout the course of his lifetime. Gilligan has been honored with the 2009 Lifetime Achievement Award from the HBAM association.

After graduating from the University of Maryland with a dual major in economics and urban studies, W. Dennis Gilligan worked in a management capacity for Washington Homes and Pulte Homes. In 1983, he founded Gilligan Development Incorporated, then a local developer and home builder.

Over a period of twenty years his company grew to a regional developer and home builder with communities throughout the Maryland, Virginia, Pennsylvania, and Delaware. In late 2004, the business was purchased by Technical Olympic USA, a publicly traded home building company based in Hollywood, Florida.

At the 2009 HBAM Land Development Council Awards, W. Dennis Gilligan was awarded with the Lifetime Achievement Award for his excellence in community development.

Craftsmen Developers believes strongly that it can and will improve the environment by creating “Green Neighborhoods.”

Craftsmen Developers, LLC missions in land development are fundamentally to acquire, develop and sell residential and commercial real estate properties with the benefit of the overall community in mind.

In addition to working on their own projects, the Craftsmen Developers team also provides independent consulting services to third party clients. Each day, the company focuses on keeping a commitment to adhere to the following principles and ethics:

Insuring the highest level of confidentiality and professionalism with integrity

Craftsmen Developers fosters a “Going Green” culture throughout the company in such a way that management teams help to elevate employee and contractor sensitivity towards the environment.

The effects of training builders and contractors to routinely utilize new green technology whenever and wherever has a profound effect, both on workers and for the overall health of the community in which they work.

With the ultimate design goal of creating “Sustainable Communities” in mind, the company’s land development projects attempt to maximize the use of porous surfaces and limit disturbed areas. As such, their unique professional team works for the betterment of the overall atmosphere, a lifestyle plus for modern humans that keeps local wildlife protected and plant species flourishing.

There are five different types of awards given in the Award of Excellence program:

Developer of the Year

Consultant of the Year

Contractor of the Year

Maryland professionals in the Land Development industry who receive awards are those whose companies offer the highest level of service both to clients and community. Any category of award is a great honor for each individual or corporation recipient.

W. Dennis Gilligan, owner of Craftsmen Developers, LLC was awarded with the Lifetime Achievement Award for his excellence in community development by the Home Builder Association of Maryland at the 2009 HBAM Land Development Council Awards.

The Land Development Council Award of Excellence program offers recognition to development professionals who provide superior and creative development projects that are sensitive to the community and make appropriate use of the existing natural elements.

Projects are available to all HBAM member firms in the State of Maryland, and Adams and York Counties, Pennsylvania.